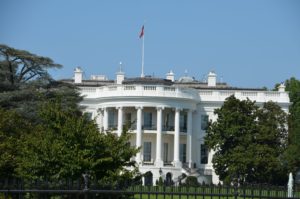 The House of Representatives passed a $3 trillion stimulus bill on Friday, May 15, with a 208-199 vote. The more than 1,800-page legislation, dubbed the Health and Economic Recovery Omnibus Emergency Solutions Act (Heroes Act), would provide another stimulus check to qualifying Americans, extend unemployment benefits, and provide relief to homeowners, among other economic stimuli.

The HEROES Act needs to be approved by the Senate before passing into law. However, the Senate will not be voting on the aid package until after the May 25 Memorial Day recess. In addition, Senate leadership has called the bill “dead on arrival” and many senators have threatened to oppose its passing.

Here’s what’s inside the proposed legislation:

1. Economic Impact Payments of up to $6,000 per household

The second round of stimulus checks included in the HEROES Act are structured similarly to the first payments, with individual tax filers phasing out of eligibility at $75,000-plus, and couples filing jointly phasing out at $150,000-plus.

The proposed second economic impact payment varies from its predecessor in two areas. Firstly, the latest stimulus checks will grant $1,200 for each dependent, regardless of age, for up to three dependents per household. Secondly, immigrants with taxpayer identification numbers will be included in the payments, unlike the first round.

While some states have made the first tentative steps toward reopening their economy, a record 33 million Americans are still out of work. The HEROES Act would provide relief to these individuals, offering expanded unemployment coverage of an extra $600 per week through January 2021. The bill also extends eligibility benefits for gig workers, independent contractors, part-time workers and the self-employed through March 2021.

The original plans for a broad $30,000 in student loan forgiveness have been scrapped from the legislation, but the HEROES Act includes the following provisions for student loan relief:

The Democratic House leaders made a last-minute amendment to these provisions, restricting eligibility for student loan forgiveness to students who are “economically distressed.” The term has been defined as someone who, as of March 12, 2020, was delinquent or in default on their student loan, in economic hardship deferment or forbearance on their student loan, or in an income-driven repayment plan with a monthly payment amount of $0.

The HEROES Act will provide $100 billion of rental assistance for the country’s 40 million-plus renters. The funds will be distributed through an existing nationwide grant rental assistance program that would verify a tenant’s inability to pay rent and issue vouchers to cover the cost of rent and utilities. The legislation will also extend the moratorium on residential foreclosures and rental evictions for 12 months.

In addition, the HEROES Act also expands the protection for homeowners included in the CARES Act, providing an additional $75 billion for a homeowner assistance fund designed to prevent mortgage defaults and property foreclosures.

The HEROES Act would establish a $200 billion “Heroes’ Fund” to provide hazard pay to qualifying essential workers. The fund will furnish a $13 per hour pay premium on top of regular pay for “all hours worked in essential industries through the end of 2020.” The hazard pay caps at $25,000 for essential workers earning less than $200,000 per year, and at $5,000 for workers earning more than $200,000 per year.

Other provisions and benefits