ALERT: The Edgewood branch will be operating under a modified schedule until August 12. Please visit our Branch Locations page for details.

Stop by Freedom’s Honeygo Branch in Perry Hall for our community Shred Day event!
Bring up to four boxes of sensitive documents and let us safely destroy them for you. The shred truck will be available from 9 am to Noon or until it reaches capacity.

This event is open to the community.

Enter to win a gift card giveaway at the event!

Maximum number of bags/boxes to shred = 4

Your financial wellness starts with securing your personal information. We are here to help keep your information safe.

Freedom Federal Credit Union opened a new full-service branch in the Perry Hall/White Marsh area on Saturday, August 21.  The Credit Union marked the occasion with a community-wide grand opening celebration.  The event was held at its new location, 5000 Honeygo Center Drive in the Honeygo Village Center, and featured music, food, games, and giveaways.  This is the Credit Union’s first branch in Baltimore County, and sixth branch in Northeastern Maryland.

Earlier that week, Freedom held a Ribbon Cutting Ceremony, where their Leadership Team gathered with the Board of Directors, employees, local and state officials, representatives from Harford and Baltimore County Public Schools, and members of the MD|DC Credit Union Association to celebrate the Credit Union’s expansion.

“The opening of this new branch here in Honeygo Village Center is part of our commitment to grow our organization, and, as a result, to expand the many ways we have to serve this community, and our membership as a whole, as best we can,” stated Macpherson to the crowd. “We will grow, not to have the biggest bottom line but to be able to offer our members a quality financial experience with their best interests always top of mind.”

John Bratsakis, President and Chief Executive Officer of The Maryland and DC Credit Union Association, was also in attendance and shared some remarks on how the Credit Union Difference, and Freedom, will have a positive impact on consumers and businesses in the Perry Hall and White Marsh Community.

As a symbol of Freedom’s commitment to improving the Baltimore County community, MacPherson presented a donation on behalf of the Credit Union to The Education Foundation of Baltimore County’s Executive Director, Deborah Phelps.

Freedom Federal Credit Union will be opening a new full-service branch in the Perry Hall/White Marsh area on Saturday, August 21.  The Credit Union will mark the occasion with a community-wide grand opening celebration.  This is the Credit Union’s first branch in Baltimore County, and sixth branch within Northeastern Maryland.  The new branch will be located at 5000 Honeygo Center Drive in the Honeygo Village Center, adjacent to Weis Markets, and across from AnyTime Fitness, and Liberatore’s Ristorante.

The branch will feature a full-service lobby, two drive-thru lanes, a 24/7 ATM, a free coin machine, and will provide ample parking and easy traffic flow and access. Financial Service Representatives will be in-person, and onsite, to support all business and individual banking needs. 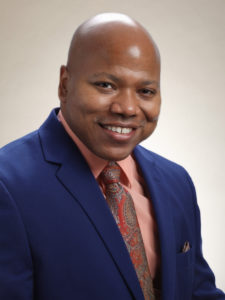 Freedom is pleased to announce the appointment of Marcus Johnson, as the location’s Branch Manager.  Johnson has been a Freedom team member for almost ten years, most recently serving as Branch Manager at the Swan Creek location in Havre de Grace since 2017. Johnson has earned a reputation for his warm welcomes and reliable expertise.

Local community members are encouraged to join the Credit Union on Saturday August 21st, to learn more about Freedom, take advantage of special in-person only offers, and to celebrate the new branch opening.  The grand opening celebration will feature music, food, giveaways, and family-friendly fun.