CELEBRATE MEMBER SERVICE WEEK WITH US!

On May 23 the parking lot of Freedom’s Aberdeen Proving Ground (APG) Edgewood-Area Branch welcomed Bike to Work Day enthusiasts. Bikers assembled at 7:00 am for a 7-mile ride. Riders then made their way back to the Branch for food and “door” prizes donated by local merchants. All riders received a Bike-to-Work t-shirt and a Freedom goody bag. Giveaways from Harford Commute Smart and other local Bike-to-Work event sponsors were also available.

Bike to Work teams at Aberdeen Proving Ground Edgewood-Area ride together on a regular basis, including lunch-time and weekend rides. The rides provide recreation, exercise, and a way to connect with co-workers.

Team CBRNE (Chemical, biological, radiological, nuclear and explosive) is comprised of several commands at Aberdeen Proving Ground Edgewood-Area. This year the Team once again won the prize for most participants in the Edgewood-Area ride. The Edgewood Chemical and Biological Center in particular was well-represented, with several members on the CBRNE team.

This is the third year Freedom Federal Credit Union’s Edgewood-Area branch has hosted the Bike-to-Work event. For the last two years we have supported team CNRNE’s riding jerseys. These eye-catching jerseys feature the Freedom logo on their back. This year’s jersey’s also featured the Edgewood Arsenal logo — a nod to this year’s 100th Anniversary of the Arsenal, now know as Aberdeen Proving Ground.

Bike to Work Day at Aberdeen Proving Ground South (Edgewood Area) is May 23, 2017! We are once again hosting the event in the parking lot of our APG South branch on Hoadley Road. Join us there and get a free Freedom goody! 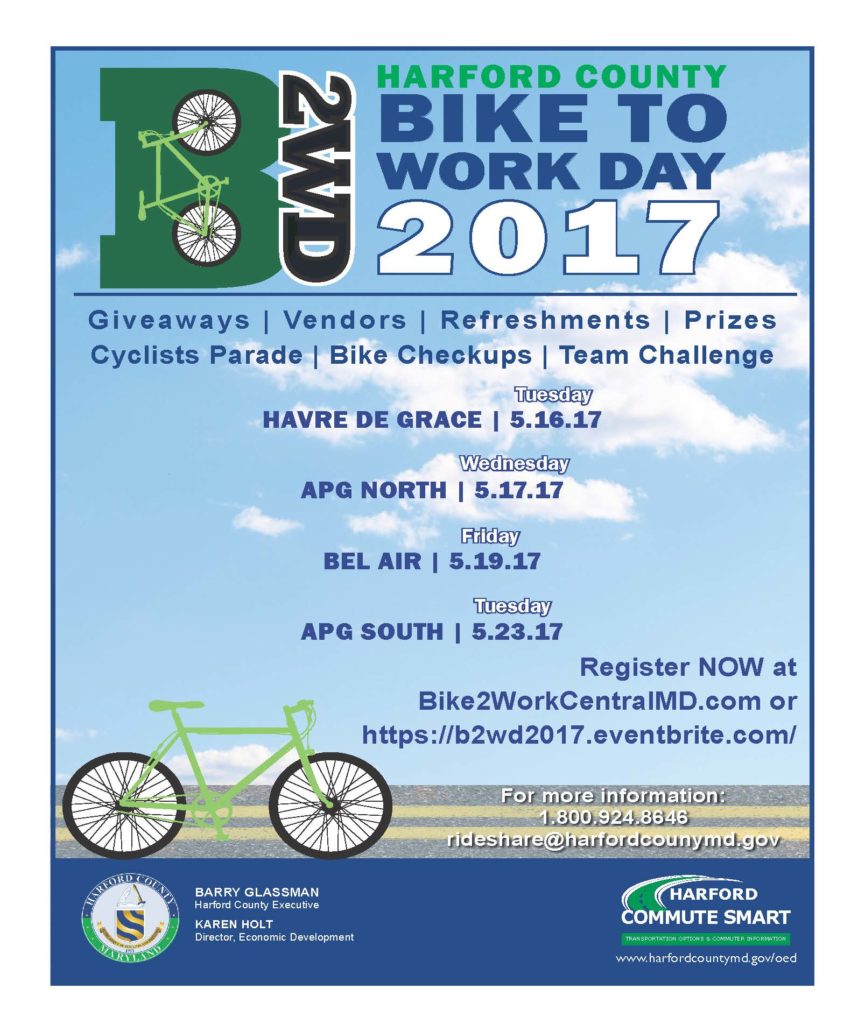