Today begins a new era at Freedom Federal Credit Union. I have been honored to be the CEO for many firsts at Freedom. While I would not have chosen this particular first, I am nonetheless proud of our accomplishments. This is new for all of us and no one knows what long term impact this will have on people, businesses the economy, etc. What I do know is this, we will get through this. I know that’s sounds cliché especially since you’re probably hearing people say that all the time these days. The thing is, I’m not saying it this as a hope or a wish, but as an absolute certainty. I’m going to sound like a bit of an old man, but trust me, there’s a point.

My father was a teenager in the great depression. It informed his life in ways I could not imagine. He was in WWII and that too made a mark on him. He went through strikes and layoffs and had to work any possible job he could, some dangerous, to take care of his family. I will never know all the lengths he went to, the things he did, just to ensure we had food and shelter. In his later years when he would become introspective or conversations about the past arose, he would often say, “But we had fun, didn’t we?” I realize now that wasn’t just a statement, but a man looking for a little reassurance that he did right by those he loved.

My mom was the daughter of an unwed mother making them, in some circles, outcasts of the time. She moved often and her mother cleaned houses, sometimes for people of means. Her experiences informed her life and in later years, when times were lean, she would work as needed to ensure family stability. Mom developed health issues and when she was unable to work or do certain activities, we all pitched in to make sure the necessities were met. We were a team, begrudgingly so at times, but a team nevertheless, and we never lost sight of the greater good. Short term sacrifice long term gain was a mantra I passed from them to my own children.

I remember my eldest brother going off to Vietnam. I remember curfews during civil unrest and fires burning down icons of my childhood. As I got older, there was gas rationing where you only got gas on even or odd days depending on the last number of your license plate. I remember breaking down in the middle of nowhere and having to walk miles to find a pay phone to call for help. And who would come out at 3 am in the morning? Dad. Even after working long hours there was never hesitation in his voice or a delay in his arrival. He was there, always. Sure, there was the glare of disbelief when I ran out of gas, but in all fairness, the gauge was broken and I was instructed to fill up after 200 miles; I just added wrong. Probably why I studied math so hard and wound up in this job; probably why I’ve made those same late night run for my kids. See, everything we do, everything we go through, creates who we become and how we handle adversity.

This is why I can tell you, not suggest, that we will get through this. Don’t get me wrong, it’s not gonna be all fun and games. We will have to do without for a while; something many people have never experienced. I like going to bars and restaurants too, so we will have to forego the things to which we’ve grown accustomed as a way to fill our time. But hey, there’s still cable, the internet, going outdoors and talking with family and friends with FaceTime and Skype (that’s how I’ve communicated with my brother in Australia for years). Life goes on; a little different, but it goes on. It can be just as fun, just as fulfilling as we want it to be. Or we can just grumble about not being able to party, go shopping, go on vacation and wallow in self-pity. The choice is ours.

Freedom is considered an essential business and while there is always the possibility that government will mandate a shutdown of all businesses including ours, as of today, we carry on. Whatever happens though, it is vitally important that we not lose our humanity; that we not succumb to fear and paranoia. I said in my earlier message that what we do now will be an example to others and future generations. I believe that with all my heart. 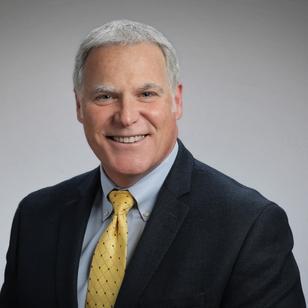