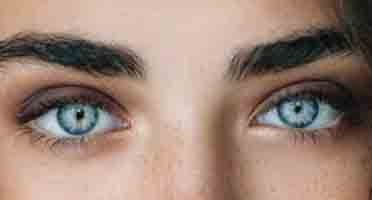 Shoulders Back. Head Up.

They say the eyes are the window to the soul. I think there’s truth to that. You can tell a lot about a person by what you see or don’t see in their eyes. You can tell a lot about a person depending on where the eyes look or how they move. The eyes also impact other physical traits that suggest mood and personality. For example, if you’re walking or standing around looking down, often your head is down, shoulders are slouched, your body basically conveys to the world I’m not interested, I’m not comfortable, I’m not strong, I’m hiding, or other negative impressions. It happens to the best of us and often without realizing it. Recently, this became relevant to me.

Walking on the Ma & Pa trail the other day, trying to burn off a little stress, I had occasion to think of my dad. Don’t know why; it just happened. As I trudged along I swear I heard him say, as he often had, “Shoulders back. Head up. Look the world in the eye” and I realized I could tell you where almost every rock, divot or pebble was on that trail, but I couldn’t describe four kinds of leaves on the trees I’ve walked through for days on end. As I continued on, my mind wandered back over the years and I couldn’t recall a single image of my father walking with his head down like I had been. This man lived through his share of trials; the depression, WWII, strikes, even the death of a child, but he always walked with his head held high. Even at the end,lying in a hospital bed, he did the same thing; because holding your head high is about attitude not physical position. His attitude carried him through it all and every image I have is of him looking the world in the eye.

As I kept walking and thinking my back arched, my shoulders pulled back and my head lifted. I looked up at everything in front and around me, and felt a weight lift; that same weight we all feel at times that tries to push us down. After a couple miles I felt something else. The muscles in my neck and shoulders were tight and, after a while longer, ached.  This was unfortunate proof that they were not used to this position or duration; I had walked too long with my head down. The thing about muscles though is that if you work them they get stronger; the discomfort won’t last if you make the activity a regular practice. So that is my goal. Oh it’s still important to glance down occasionally to ensure you don’t step in the inevitable pile life can drop in your path, but it won’t be a reaction to the weight of the day. Because on a walk, as with life, you won’t see what’s coming if your head’s down; you can’t smile at people if you don’t look at them and you won’t get anywhere meaningful if you just focus on the steps and not the journey.

What does this have to do with Freedom? Simple. Stuff will happen now and then that try to make you look down.  Things won’t always go as planned, there will be complaints, equipment will falter and it just isn’t going to be all sunshine and roses every minute of every day, BUT that doesn’t have to weigh us down when we realize they are the exceptions not the norm. Those things are just some of the steps we take along the way and we have to remember we are on a journey to be better; to be something special. We have to focus on where we’re going and why; so the imperfections become more infrequent and won’t hold us down or hold us back.

So no matter what you’ve been through, what you’re doing, or what challenges lie ahead, remember….Shoulders back. Head up. Look the world in the eye. 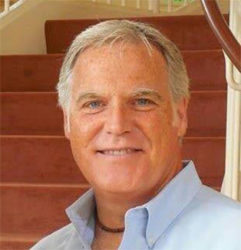 Meet Freedom’s President and CEO
Mike MacPherson has over 30 years of experience in the financial industry, including more than 12 years with Freedom before becoming President/CEO in 2016. He has lived in Harford County for over 27 years and is a graduate Mt. St. Joseph High School and Towson University.